you can now find me over at www.CALMbiz.com!

thank you for all your support, readers -- you made this new path possible for me : )

for the latest lifestyle maven posts, check out www.CALMbiz.com/calm-life/ 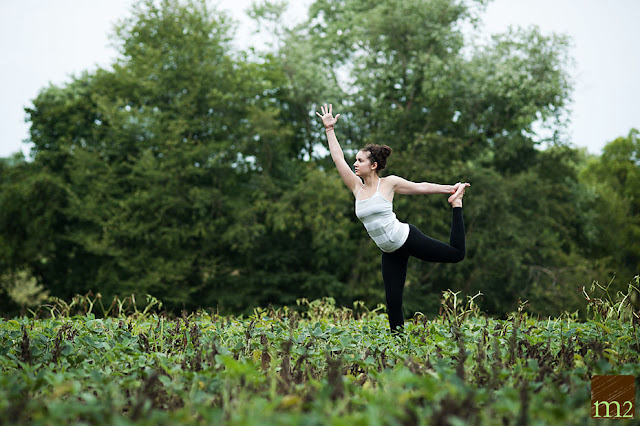 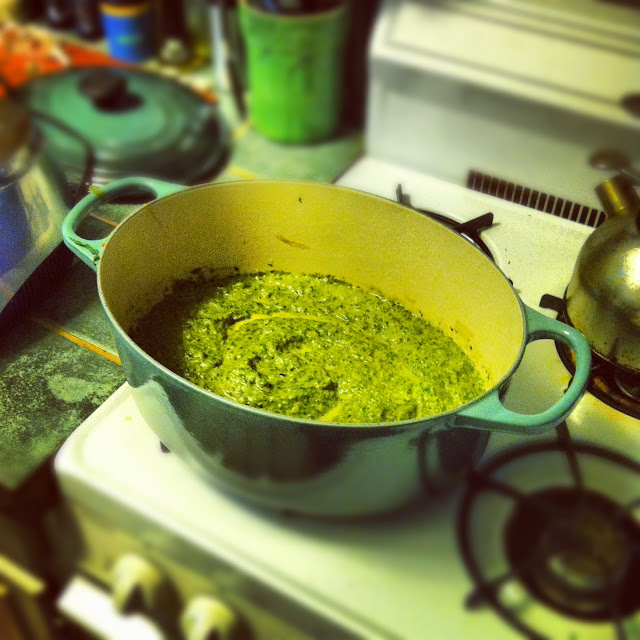 not knowing exactly what to do with a huge bunch of leeks and a mongo-size bunch of swiss chard, i decided to make a soup.  this super-healthy soup is hearty, earthy and very filling.  we enjoyed our bowls topped with a spoonful of cottage cheese and sprinkled with toasted pumpkin seeds!

1. in a large stock pot, pour in the olive oil.  add in the veggies and garlic, and cook over medium heat, covered until the volume reduces by half.  season with salt, pepper and red pepper flakes.  cook until the veggies are tender.

2. add the cooked veggies, butter and 1/2 the almond milk into a food processor and blend.  continue to add the remainder of the almond milk until you achieve a thick, creamy consistency (it may take more/less milk depending on how thick you want it).

3. pour soup back into stock pot to bring it back up to temp. 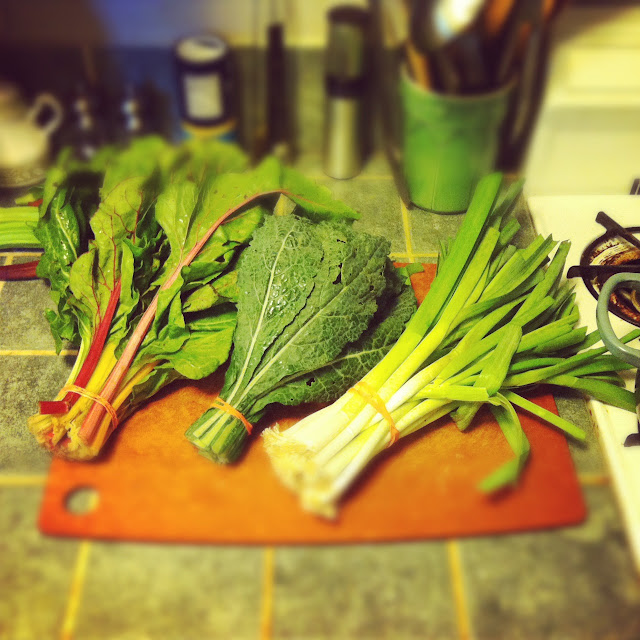 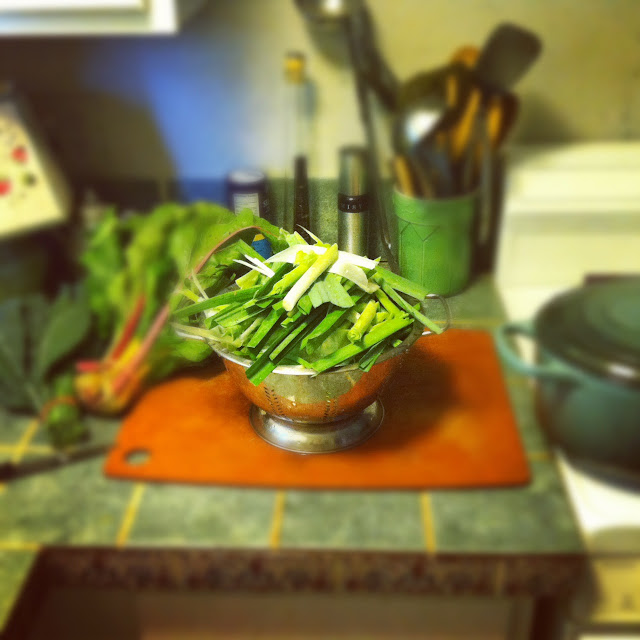 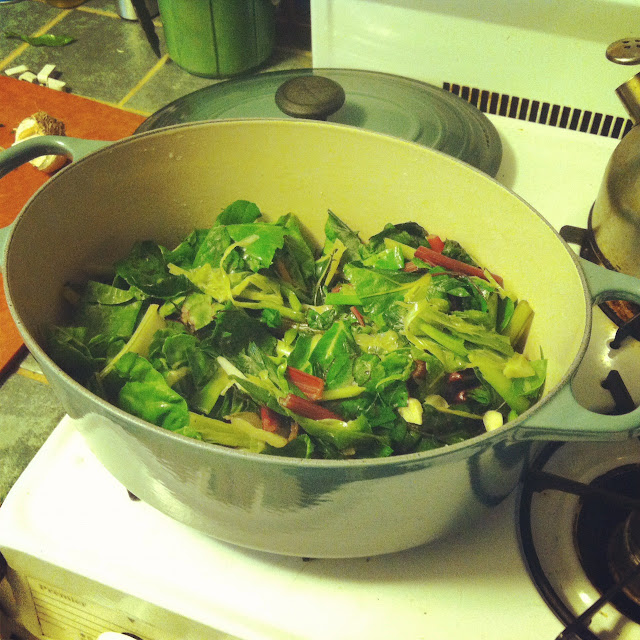 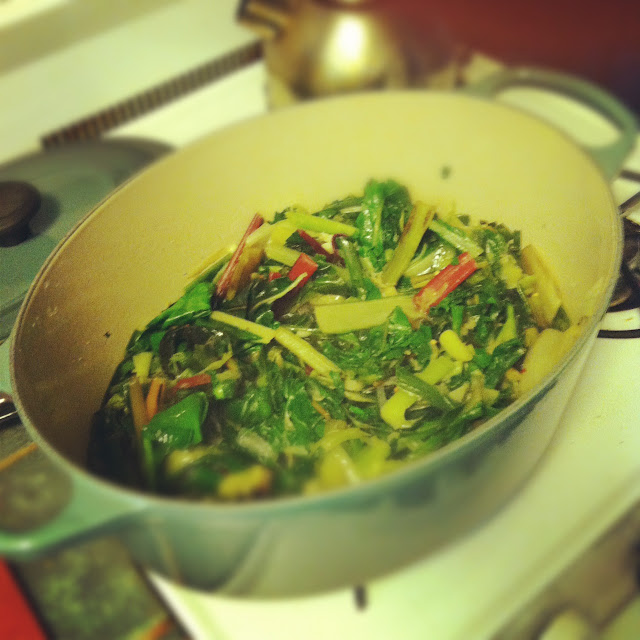 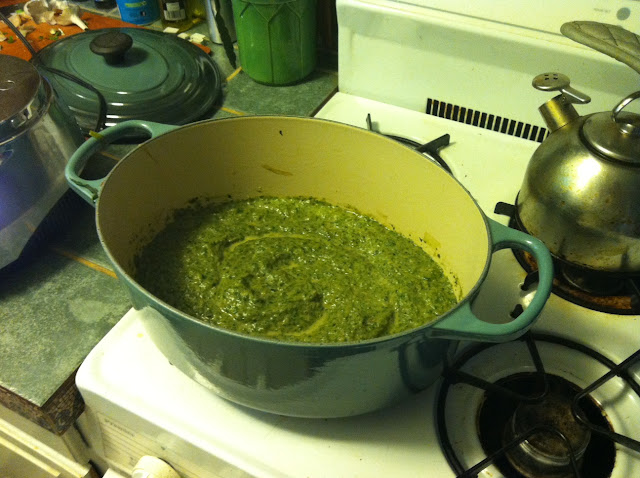 as a yoga teacher, we're in a position to set an example for our students.  the way we dress, act and speak both in and out of the studio is observed, and can affect how our students feel about and experience the practice itself.  we're our students doorway into yoga, and that role calls for a certain level of decorum.


this morning, i went to a studio that i had never been to before.  i arrived about 15 minutes before the start of class to find the studio dark and locked.  hmm...  5 minutes before class was supposed to start, a car pulled in -- and it was another student.  we waited by the door, and were just about to leave (since it was 5 minutes past when the class was scheduled to begin), when the instructor pulled into the lot.

she was friendly and nice, but also didn't act as if this were out of the ordinary.  after signing in and setting up, we started a good 10-15 minutes late.  it was an enjoyable practice, and i felt the slight tension/confusion begin to melt away as we gracefully moved from one posture to the next.

savasana was sweet and accompanied by a much-appreciated head and neck massage.  there was no clock in the studio, so when i got back into my car, i was surprised to see that we ended nearly 20 minutes late.  since we started late, i understand the notion of giving us a full class, but she hadn't checked with us to see if we were able to stay late.  it was fine with my schedule, but i know the other woman who took the class was headed to work afterwards.

it's important for yoga teachers to remember that their students have a life outside of the yoga studio.  be on time for your classes -- actually be early.  get the music ready, the candles lit, your mat rolled out and be ready to welcome students as they enter.  end on time -- you don't know what your students are up to or where they're headed afterwards, so show them respect by ending on time.  if you feel like you need extra time or might go over, let them know, and give them the option to leave.

i know that yoga's more about intuition and feeling than time tables and schedules, but if you consistently disregard these professional courtesies, your students will likely resent you or even choose to forgo your class (or yoga) altogether.  give them the best possible first impression -- and subsequent impressions.  you're the face of "yoga" for many of them -- do it justice :-) 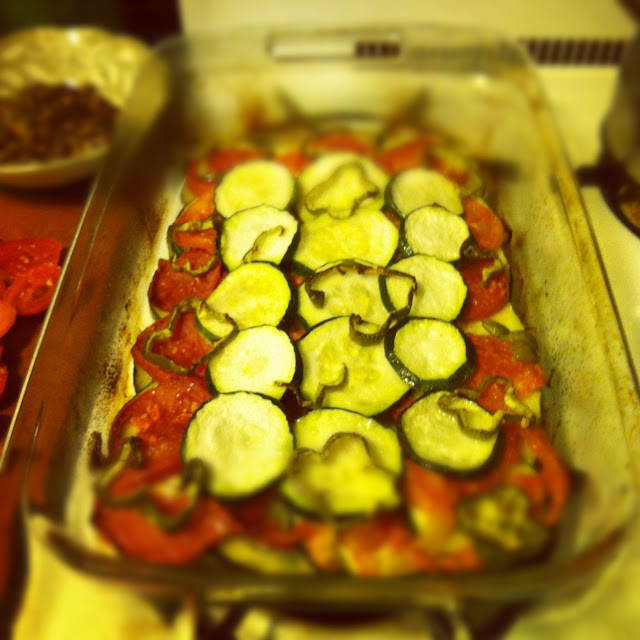 it's tomato and zucchini season!  and i'm loving it.  the other night, i made a super simple zucchini and tomato bake for our dinner.  it was fresh, tasty and very satisfying -- plus it was a great way to use some of the many, many tomatoes and squash that have been coming our way from the csa.

2. drizzle the top with a bit more olive oil, and then back for 50 min (or so) until veggies are tender and some edges are crisped. 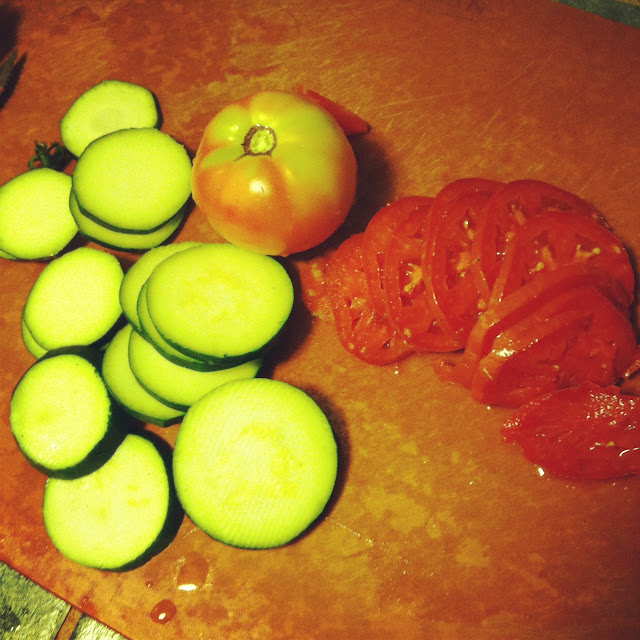 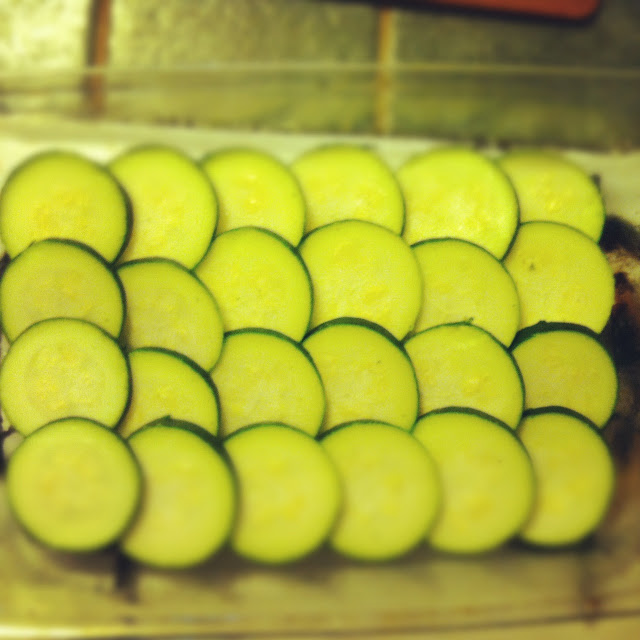 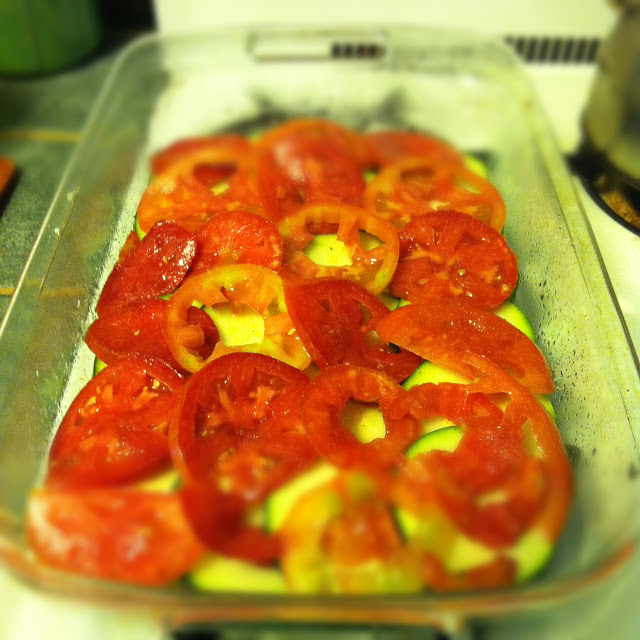 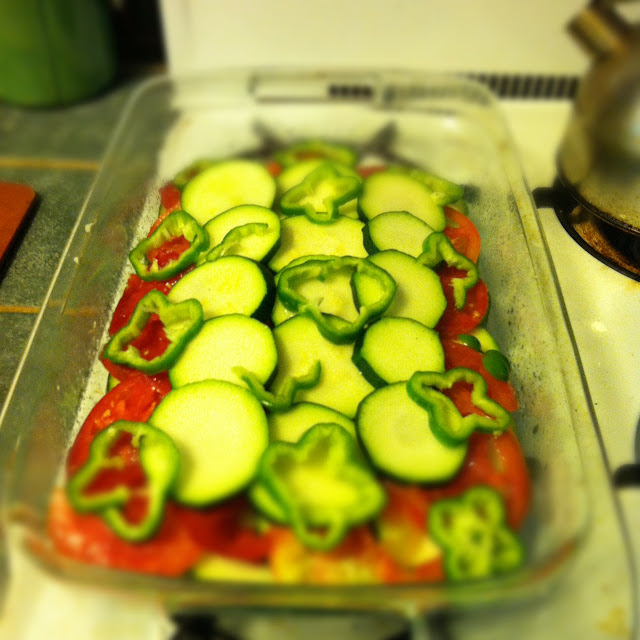 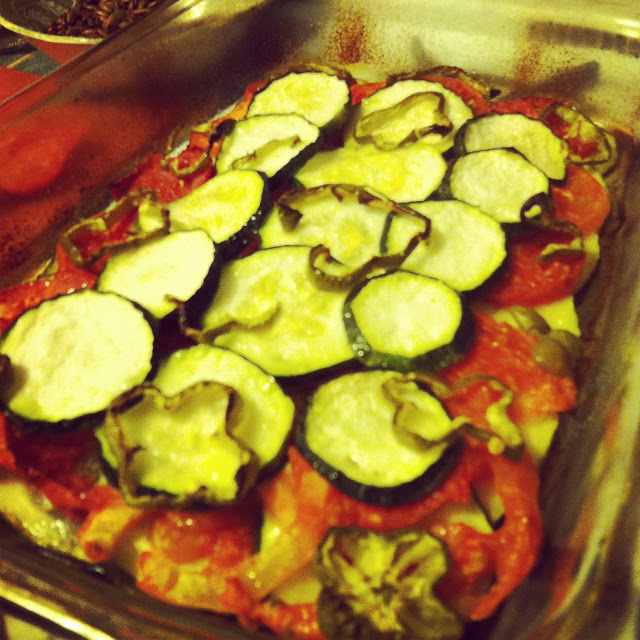 hello all!  check out my (first ever!!!) podcast below to hear all about my newest biz venture, CALM biz, and how it can help you become a more successful, media-savvy yoga professional!


Listen to internet radio with Cailen Ascher Lifestyle Maven on Blog Talk Radio
Posted by cailen ascher at 7:00 AM 12 comments:

yogi: what is ujjayi breathing?

in this short video i explain what exactly ujjayi breath is, and why it's used in yoga!  hope you enjoy -- and maybe learn something, too!

yogi: where is my guru?

everyday, i get google alerts sent to my inbox that let me know about the latest, greatest, and coolest yoga stuff that's going on around the globe.  so, i figured i would pass along to you, my fellow yogis, some of the more worth-while finds that i come across as i peruse the ever-growing world wide web.

the find of today?...where is my guru

need some inspiration?  (who doesn't, right?!)  check out where is my guru -- it's a podcast radio show for yogis held live every friday (or you can listen to the recordings later).  they interview rock star yogis and other inspirational people on topics like wellness, spirituality, mindful business practices for yoga-people, and more!  it's definitely worth a listen :-)

stay in the loop! 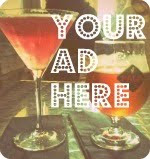 are you a maven?